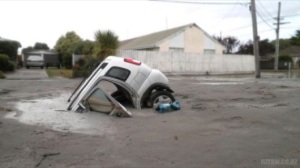 Deep down, I know that I am a deeply angry person. But something happened this morning that ended up leading me down a twisty little thought-maze: why does my seething inner cauldron of rage rarely ever boil over onto individual human beings?

On reflection, I think it’s because I’m a big believer in managing your own expectations. I consider this a personal responsibility on par with saving for retirement.

This is how it works: any time I start an optimistic new endeavor, I set aside a certain percentage of that optimism for a rainy day. Especially when the sky is clearly cloudy. I happen to think that surprise is the root of most of my own interpersonal distress, and that anything that comes as a shock hurts me worse than identically unpleasant events that I’ve taken care to be emotionally prepared for. This isn’t always possible in a random universe, but it’s possible on more occasions than you might realize.

Say, for instance, that you’re starting a new job. Day one rolls around, and you find out the guy in the next cubicle has unsavory personal habits, like listening to aggressive drive-time talk radio shows. Later in the week you overhear him making racist comments about a co-worker. Are you going to waste your time clutching your pearls, or are you going to roll your eyes and file an anonymous complaint with HR?

I’m just saying, there’s no point getting angry with a professed Rush Limbaugh fan for saying racist shit. You might as well get mad at a dog for licking his testicles. Why does your dog still have testicles? What kind of irresponsible, non-neutering dog owner are you?

Taking steps to check someone’s bad behavior isn’t the same thing as wasting your precious personal energy in getting angry with them. You should save your anger for things that deserve it. Things like inanimate objects that fail to perform the function they were designed for.

This post was inspired by the fact that I hit my forehead on the corner of my bedroom door as I was cleaning out the cat’s litter box this morning. First, there was pain; then, there was rage beyond measure. I slammed the door harder than I’ve ever slammed a door in my life. A few seconds later, I was calm again.

Not once in my 33 years on this earth have I ever slammed a door because a human being pissed me off. But I have frequently slammed doors because the door pissed me off.

The logic at work here is impeccable. I don’t get angry with people because I take it as read that people are not to be relied upon. This is not cynicism! This is basic respect for human flexibility. People are complicated, and their lives are full of unlooked-for variables. Any intelligent person is going to change their opinion, or their course of action, based on new information and new circumstances. We’re adaptable creatures. People who remain fixed points in a changing age are blockheads. I take care not to associate with blockheads.

Inanimate objects, on the other, are meant to be relied upon. That is literally the reason they exist. A person who decides that a career in A/C repair is not for them is noble and brave for starting a new life as an interior designer. An air conditioning unit that decides not to cool your house in hot weather is scrap metal.

I maintain that there is no more worthy object of furious, blistering anger than a functional object that ceases to function. How dare it? It literally had one job. Failure to perform that job is a betrayal, and that object deserves the fate of all traitors, which is to be wiped off the face of the earth and blotted from memory.

If you’re my friend, and you call me at two in the morning in tears because your significant other is leaving you, I am going to listen with quiet sympathy. I will be thinking things like, You knew she was allergic to cats when you met her, and other justified sentiments that boil down to “what did you expect?”, but I’m not going to say any of them out loud. Because you’re a human being, and you’re complicated, and even assholes like me can have social skills.

But if I’m borrowing your car, and the car breaks down on the side of the road while I’m ten miles from home, then I’m sorry. Your car is now a rusting pile of component parts at the bottom of a ditch. That’s because I tore it apart with my bare hands. But I’m sure you won’t be angry about that, because now you’ve read this blog post, so you knew what to expect when you loaned it to me.

Brittany’s car is currently an intact pile of rusting parts stranded at a friend’s house because she lacks the money to have it repaired by people who have more patience for non-functional inanimate objects than she does. If you enjoyed this post, please considering throwing a couple of bucks in the hat to help make it function again, as God intended.

a siege of bitterns
a dinner of ducks (The hunter who decided this was either cocky or desperate enough to attempt sympathetic magic.)
a box social of eagles
a charm of goldfinches
a skein of geese
a rasp of guineafowl
a deceit of lapwings
an exaltation of larks
tidings of magpies (When magpies are dispatched in lieu of letters, phone calls, or emails.)
a pandemonium of parrots
an ostentation of peacocks
an unkindness of ravens
a murmuration of starlings

a shrewdness of apes
a drunkenship of cobblers (Oh, surely now they’re just making things up.)
a hastiness of cooks
an observance of hermits
a smack of jellyfish
a superfluity of nuns (Richard Dawkins, is that you?)
a poverty of pipers
a zeal of zebras

I was going to put in “a piteousness of doves”, but apparently that’s ‘fanciful’. Because all the others were decided by logic, obviously. 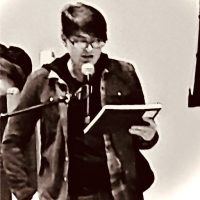 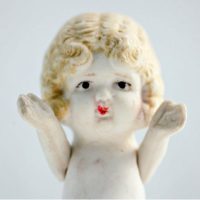